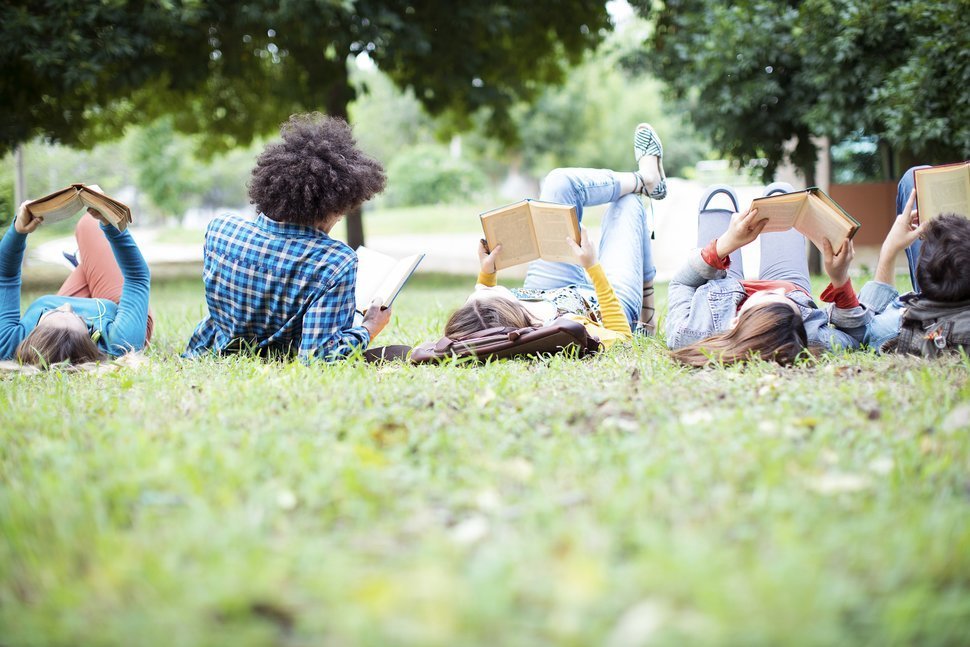 How Colleges Decide Which Students To Admit

High school seniors who have followed the Operation Varsity Blues news may be wondering as they apply to college just how stacked the deck might be.

In March 2019, federal prosecutors uncovered a criminal conspiracy to influence admissions at eight universities, including the University of Southern California, Yale University, Georgetown University and Stanford University. Thirty-three parents had allegedly paid a college prep firm a combined $25 million to falsify their children's standardized test scores or bribe coaches to list them as recruited athletes.

Since then, applicants rejected by several of the schools have filed a class-action complaint claiming an unfair admissions process, and more than a dozen parents have pleaded guilty, or agreed to do so, to fraud-related charges.

All of the university employees accused in the scandal worked on athletics staffs, which are often the first to vet student-athletes. College administrators and admissions professionals alike have expressed surprise at the extent of what was uncovered.

In interviews with U.S. News, many such officials stressed that they pride themselves on conducting a careful, fair and transparent process. "The reality is we're paying close attention all the time and constantly reviewing our procedures and protocols," says David Kuskowski, director of admissions at Clemson University in South Carolina.

Still, "there is no doubt the recent college bribery scandal made every president and admissions leader pause and consider checks and balances at their school," says Michael C. Maxey, president of Roanoke College in Virginia and former vice president and dean of admissions at the school.

For families just getting started, it's important to grasp that "careful, fair and transparent" doesn't translate to "objective." Choosing a freshman class is actually a very subjective task: Besides good grades and test scores, the admissions office is generally seeking personal characteristics and abilities that will produce a well-rounded student body with diverse talents that fit with the school's mission.

That may mean ensuring an even mix of men and women, or a specific balance of in-state vs. out-of-state students.

Many schools are especially concerned with enrolling well-qualified applicants of diverse socioeconomic backgrounds, says Julie J. Park, a professor at the University of Maryland—College Park who specializes in racial diversity in higher education.

Institutional priorities could also include finding students with exceptional talent in art, music or athletics or filling department-specific needs like encouraging the enrollment of female computer scientists. Such a so-called holistic approach to admissions can work to the advantage of those who understand it and present their strengths accordingly.

Much of the angst students feel about college admission springs from a distorted view of how hard it is to get into a good school. Headlines touting record-low acceptance rates shine a spotlight on the intense competition for spots at the most highly selective schools, but the reality is that the vast majority of places accept at least half of their applicants.

"If families knew that we're really here to be in their corner, that would take a lot of pressure off," says Sarah Richardson, assistant vice provost for enrollment management and director of admissions and scholarships at Creighton University in Nebraska, which accepts about 71% of applicants on average. "There are far more places that have an acceptance rate like Creighton than there are those with a less-than-10% admissions rate."

At Roanoke College, which receives around 5,500 applications each year and accepts about 72% of candidates, admissions counselors consider the "whole person," looking beyond grades to evidence of leadership qualities and individual integrity, says Brenda Poggendorf, vice president for enrollment and dean of admissions and financial aid.

When Callie Hammer, a junior sociology major from Glen Allen, Virginia, applied to Roanoke, she highlighted her experiences competing in triathlons. In her essay she explained how the skills she learned as a triathlete, like good time management, have helped her. "I thrive on a busy schedule," says Hammer, who fills her time outside of class volunteering at after-school programs and teaching swim lessons at a local YMCA.

No matter how selective a school is, your grades will probably matter most. Admissions officers place a high value on your academic transcript as an indicator of how prepared you are for college work.

But straight A's alone don't tell the whole story; reviewers also consider the rigor of your classes and whether you've stretched yourself academically and shown improvement over time.

Test scores are typically factored in, too, of course, but experts say they're not driving admissions decisions. Indeed, more than 1,000 universities are now "test-optional," meaning that applicants can choose to withhold scores if they think they don't accurately represent their abilities.

But it's the more qualitative factors that help admissions staffers round out a class. Rather than filling spots with well-rounded students, many colleges, particularly selective ones, seek to identify a mix of applicants who show a passion for and very deep talent in an area or two, as well as some smart and accomplished generalists, says Adam Sapp, assistant vice president and director of admissions at Pomona College in California.

One way they identify that passion: They look to see if you've taken the initiative to get involved in an interest outside of class. An applicant who claims to love math will stand out if he or she not only has earned good grades in tough courses but also found a way to get involved, say, with math research at a local university, notes Brian Taylor, managing director at Ivy Coach, a college admissions consulting firm.

A good strategy as you move toward senior year is to think about how you might connect the dots about your passion in your application. Someone who loves music might take Advanced Placement Music Theory, list hours spent teaching music lessons to kids among extracurriculars, and write an essay describing a class assignment on how the brain processes music according to neuroscience.

For some students, their main commitment will be a job because that's the reality of their life, Richardson says. And others may legitimately point to 15 different activities because they simply love to stay busy and involved.

Kyle Lee, a senior psychology and theatre major at Pomona from Brooklyn, New York, went to a nontraditional high school where students didn't get grades and where he could choose his own schedule – a format he loved. Instead of listing sports or clubs on his applications (his school only had a few), he featured his most time-consuming activity: getting to class.

After his family moved to Pennsylvania freshman year, Lee commuted two and a half hours each way by bus and two trains to stay at his school. He listed that in the activities section of his application, along with the many hours he spent working with young kids as a babysitter and tutor, to prove he was committed to things he cared about.

"I didn't have soccer team captain or football team or president of a club, but I feel highlighting the things that were important to me really showed through," he says. Pomona typically admits about 8% of applicants for a class of around 415, Sapp says.

Your college essay is a good place to highlight your unique personality. Topic-wise the essay can be about anything – an ordinary experience, your personal passion or a common fear, for example – but it should ultimately reveal something about your character, your understanding of yourself, your problem-solving skills or your creativity.

Many schools pose an essay prompt: Why do you want to attend [insert college name here]? Demonstrate how you fit – how you'll contribute and how you'll benefit once you're here. For instance, if you love history, you might talk about a historical exhibit you saw and enjoyed while visiting a campus museum.

One effect of the Varsity Blues scandal has been to focus attention on how athletic admits and children of alumni or donors are handled. Schools have policies in place to prevent abuse, admissions deans say, and are constantly making sure those are followed.

At Division I schools like Creighton, coaches are typically the ones interacting with prospective athletes first, but recruits also need to meet the requirements of the admissions office, Richardson says. The NCAA sets minimum GPA and SAT/ACT scores for prospective athletes to compete at the Division I level (at least a 2.3 GPA in core courses and a corresponding SAT or ACT score; an athlete with a lower score needs a higher GPA), but leaves admissions decisions up to individual schools, many of which require that student-athletes meet or come close to the average grades and scores for the incoming class.

In certain cases in the Ivy League or at Division III schools that don't give athletic scholarships, skill at a sport may be considered in a similar light as, say, the initiative of the kid who pursued math research. "It's their 'hook,' " says Taylor, so long as it's demonstrated in the right way.

There are checks in place, like the Ivy League's Academic Index, calculated from the athlete's standardized test scores and GPA. All recruited athletes have to meet a minimum index score, and their academic credentials can be no more than one standard deviation below those of the rest of the student body.

Coaches and admissions officials say they are looking to admit student-athletes with the ability to succeed academically. Some schools with competitive, high-profile teams have "special admissions programs" to bring in applicants who don't meet a school's typical standards but have exceptional athletic talent. Those are typically decided on a case-by-case basis among top university officials and/or a special committee.

When it comes to donations, a large gift made shortly before a child applies can be seen as a bribe and could potentially hurt one's case, admissions officers say. However, if an individual with a strong established connection – like a loyal donor who gives every year, or an alum who has donated large sums – is related to an applicant, the prospective student might be flagged by the alumni or development office, even if admissions makes an independent decision.

In a process that may seem mysterious and unpredictable, there are ethical and smart steps a prospective student can take to improve his or her odds. Visit the school if you can, experts suggest, and talk to a counselor about how you see yourself contributing to campus. Ask to speak to a faculty member in a department of interest, Richardson advises.

Many admissions staffs factor in "demonstrated interest" as a sign of sincerity, particularly if they are on the fence about an applicant.

Most importantly, focus on finding the best fit. Your chances of getting in, and thriving, are better at schools where you can most clearly find a sense of belonging.

This story is excerpted from the U.S. News "Best Colleges 2020" guidebook, which features in-depth articles, rankings and data.