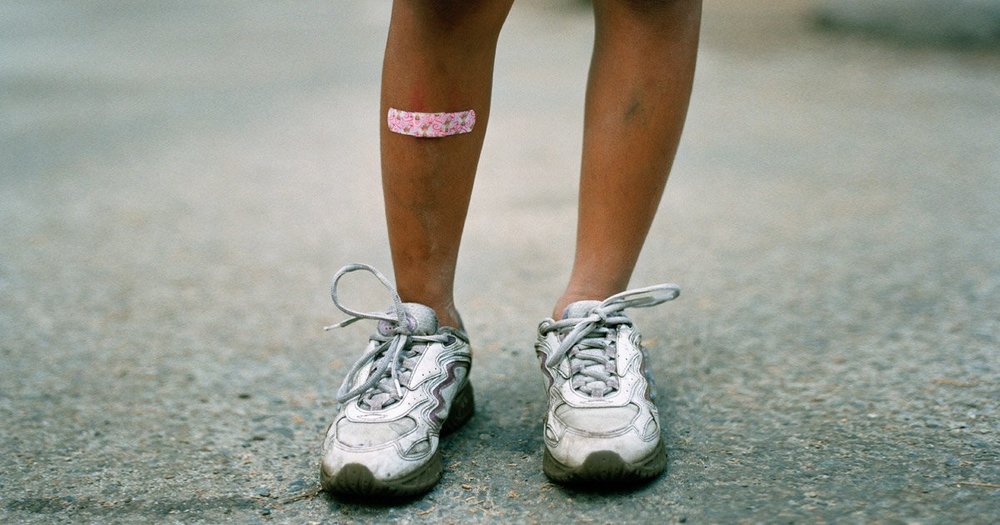 Resilient Kids Come From Parents Who Do These 8 Things

Resilient Kids Come From Parents Who Do These 8 Things
Letting your kids fail and talking to them about it goes a long way.
By Lizzy Francis Nov 26 2018, 8:36 PM (Fatherly Magazine article)

When you’re a kid, everything is a tragedy. Your grilled cheese has the crust on? The horror. Can’t assemble that Lego set? Might as well stomp up and down. You can’t change this. What you can do, however, is arm your kid with the techniques that teach them how to bounce back from their daily struggles so that, later on in life, when the stakes are higher, they know what to do. Because resilience is a behavior learned through explicit lessons and examples, one that teaches kids how to, among other things, better handle stress, understand that rejection is not a comment on their entire existence, and view setbacks as things that don’t need to sideline them for good. But how, exactly, should you teach this lesson? According to Amy Morin, LCSW, a psychotherapist and the author of 13 Things Mentally Strong Parents Don’t Do, here are eight common practices of parents who raise resilient kids.

They Let The Kids Struggle
“All kids have the ability to develop skills that will help them be resilient,” says Morin. “As parents, it’s up to us to give them those skills, and to serve as a guide — to help them when they’re struggling with something and give them more opportunities to practice resiliency.”The worst thing parents can do, says Morin, is rescue their kids too much. Such actions prevent kids from learning how to act on their own. In other words, the parents who teach their kids that hard work is a necessary part of life, and sometimes that hard work is really hard are the ones who raise well-adjusted kids.

They Let Their Kids Experience Rejection
For myriad reasons, it’s essential for kids to learn how to handle being told no. “If your kid doesn’t get picked for the baseball team, it can be tempting to call the coach, call the schools, try to get your kid on the team,” says Morin. “But failure can be one of the best opportunities to teach kids a life lesson. That lesson: Failure is not the end of the road, you’re strong enough to handle failing, and that when you fail, you have choices.”

They Don’t Condone a Victim Mentality
“When kids say they are having a problem, it’s tempting for them to blame other people,” says Morin. “They fail their science test and they say that their teacher didn’t explain it well enough.” It can be tempting for parents to give into this behavior and side with their children. But even if their teacher is bad or didn’t explain something, that instinct is dangerous. “Parents need to tell their kids that life isn’t fair but that they are strong enough to handle the unfairness,” says Morin. “And I think for a lot of parents, our tendency is to make things fair: to advocate for our kids, to side with them, just reinforces to them that they’re the victim. It leads to learned helplessness.” Fight this instinct at all costs.

They Do More Than Tell Them to ‘Buck Up’ When Struggles Occur
Letting kids struggle is important, but telling them to just deal with it, or ignoring that it could be tough emotionally is not the right way to go about it. “You want to make sure that you validate their emotions and you empathize with them,” says Morin. “Parents can find that balance of knowing when to step back enough to let their child face some of their own battles, but at the same time, empathize.” Talking to your kids about their feelings as they learn by doing is incredibly important. It will give them skills to talk about their feelings later on in life, as well as help them learn how to deal with difficult times. “Parents need to ask themselves whether or not they’re giving their kids the skills and tools they need to do things on their own,” Morin adds. “If they don’t have those skills yet, then parents step in. But parents make sure that you’re teaching them those skills, too.”

They Help Their Kids Learn How to Label Their Feelings and Emotions.
“When kids can label their emotions, they are less likely to act them out,” says Morin. “If your kid can say ‘I’m mad,’ he’s less likely to kick you in the shins to show you that he’s mad.” In other words: Kids who can’t talk about their feelings tend to take those feelings out on others, which can lead to adults who don’t know how to cope with anger or sadness. By helping kids feel comfortable talking about their emotions out loud, you are also giving them the skills to think about (and cope with) what’s making them upset. It’s Resiliency 101.

They Give Their Kids The Tools to Self Soothe
“I know some parents who created a ‘calm down kit’ for their kid,” says Morin. “They have a kit with a coloring book, and some Play-Doh, and lotion that smells good and they remind their kid to go get the kit when they’re upset.” While this specific technique isn’t for everyone, the concept should be as it helps kids learn how to take responsibility for their feelings, and calm themselves down. Using such tools and routines will help them manage and continue healthy coping skills as they get older. It’s invaluable.

They Admit Their Mistakes. And Then They Fix Them
Parenting mistakes, per Morin, are opportunities for us to turn it around and show kids how to respond to errors and show that we all make them. Even the most well-adjusted parents screw up every once in a while. They get mad at the teacher or yell at their spouse or forget to do something critical. The important thing is that parents need to own up to their own mistakes in front of their kids — and then actually fix the problem. This shows kids that no matter how grave a mistake they may have made, if they are honest about it and try to fix it, things will get better.

They Always Connect Their Kid’s Self Worth to Their Level of Effort
“There is research that shows that when girls succeed, we say, ‘You did well because you studied hard.’ But when boys succeed, we’ll say something like, ‘You did well on that test because you’re smart,’” says Morin. For her, that’s a problem. Connecting a kid’s outcomes to their inherent talent can lead to long-term issues. “When we focus too much on outcome, kids will cheat in high school because they think the most important thing in the world is getting an A, and it doesn’t matter how they get there. We want to teach kids that what matters is being honest, being kind, working hard. It’s really important to focus on their effort. The kid who grows up knowing that it’s all about their effort, rather than their outcome, is going to be more resilient when they fail or when they get rejected.”